I have been doing these reading lists for some years now and writing them has always been a lot of fun. 2020 was a different year in many ways though – I went from reading a ton during the first lockdown to reading very little and not having the headspace for it later in the year.

One cool thing I really discovered for me was reading in nature. Switzerland is a perfect place for this with lots of mountains and lakes. There’s just something calming about reading a book, then pausing for a bit and reflecting on it while having a view of the alps. 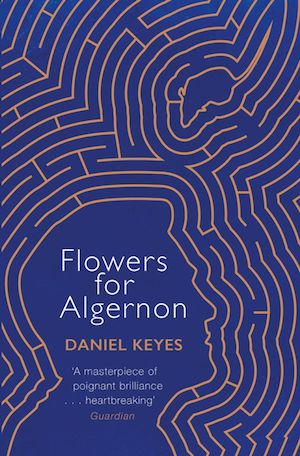 This was for sure one of the most heartbreaking and moving books I have read. I am now also considering it to be my favorite book and started recommend it to lots of people.

The book tells the story of Charlie, who has an unusually low IQ but is incredibly determined to become more intelligent. He undergoes an experiment which is supposed to increase his intelligence, like it has for the laboratory mouse Algernon. The book discusses how this changes his life, both in good and bad ways.

In my opinion, the book is an absolute masterpiece. It is strangely beautiful how everything plays out and I loved the writing style. After reading this I also started thinking about some things differently. For example I always viewed ambition as something generally positive while the book made me realize that the reasons why we are ambitious can actually be quite sad.

Sapiens: A Brief History of Humankind 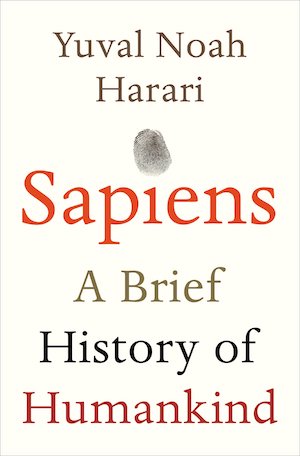 Sapiens is a pop-scientific book about history and anthropology. It has an apt title: The book talks about human history on a very high level. It is not concerned with individual people or empires, but just with the grand ideas and developments of humankind.

The book for example discusses how Homo Sapiens came to be, why this species in particular was successful, how people started living in larger and larger groups, why they settled down, and so on. I learned so much from reading this book. Now, I also think that history classes in high school should probably be a bit less concerned with concrete empires and talk more about the grand ideas that impacted humankind.

If there’s one thing to take away from the book, it’s that human progress has been truly astonishing and that nearly everything we take for granted only developed very recently. 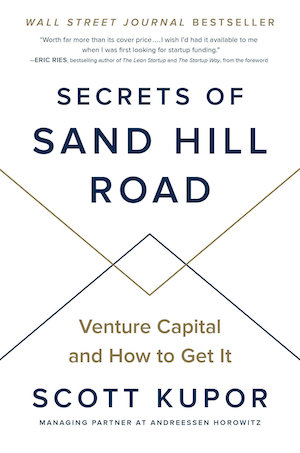 Secrets of Sand Hill Road is a book about venture capital (VC). It is named after the street in Palo Alto that most Silicon Valley VC firms are located on. The book is a pretty easy read. The author repeats himself occasionally, which also means that it is hard to miss the important lesson of the book.

After reading the book I do feel like I understand VC much better. I now have some intuition for when VC makes sense and what the life cycle of VC-backed companies and VC funds looks like.

I would totally recommend the book as a thorough introduction to VC. It is especially nice that the author talks a lot about the incentives of different players and about how various decisions affect share dilution.

The Holloway and Clerky handbooks are good supplemental material to Secrets of Sand Hill Road. While reading the book I also took some notes. 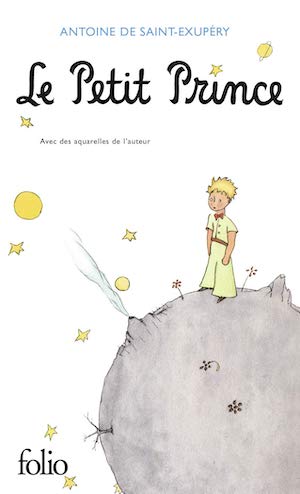 This book probably needs no introduction. I first read it in French class in high school but could not really appreciate it back then. This year I decided to re-read it and ended up loving it.

The story is beautifully told. The illustrations are amazing. The conversations in the book hit deep. Maybe one just needs to be a bit older to fully grasp this book.

Stories of Your Life and Others 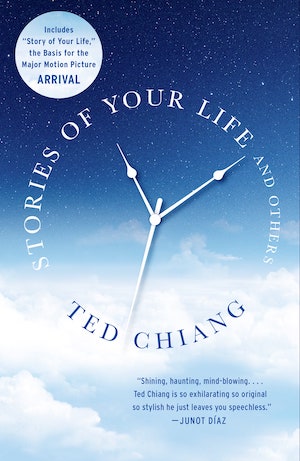 Stories of Your Life and Others is a collection of Sci-Fi short stories. Arrival, one of my favorite Sci-Fi movies, is based on a short story from this book.

The stories in the book are quite diverse but maybe one way to describe them is as “alternative Sci-Fi”. It is not Sci-Fi as in Star Wars but a more subtle kind that is often focused around one specific idea. Arrival, for example, is really a story about communication much more than it is one about aliens.

I found all the stories to be very enjoyable to read and can only recommend the book.

Shall We Tell The President 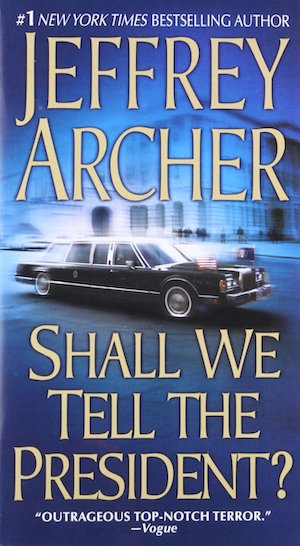 This book is technically a sequel to the Kane and Abel and Prodigal Daughter books I read in 2018. Technically because it plays in the same universe, but has no similarities to the initial two books otherwise.

Shall We Tell The President is a thriller; and a really good one actually. It was hard to put the book down and I don’t think I’ve read many books that quickly. I have heard that some people do not like this book too much though because of how different it is to the first two.

On a related note, I would recommend not reading the book’s official description before having read the first two books. Literally the first sentence of the book’s description will give you a spoiler otherwise. 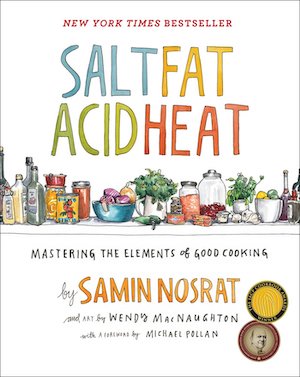 Like many other people I started cooking a lot more because of COVID-19. At first it was just a necessity since eating out or at work were not possible anymore. Over time, I really started to enjoy it though. That’s why I decided to learn more about the fundamental concepts behind cooking.

Salt, Fat, Acid, Heat was an amazing book for that. It is based on the idea that all dishes need to balance these four components to be great. The book is split into two parts: The first one discusses the four components and how they work. The second part is a collection of recipes that showcase particularly well how salt, fat, acid and heat affect dishes.

In my opinion especially the first part of the book is amazing. It really makes you understand why certain dishes work and why we perceive certain food as good. It’s a great first book to learn about cooking in depth.

There’s also a Netflix show with the same name. I did not enjoy it as much as the book though. It is more of a travel show while the book is a pop-scientific description of cooking. 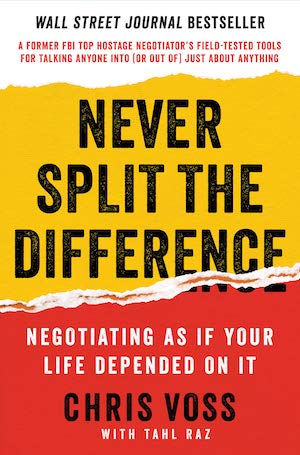 Never Split the Difference is a book about negotiation strategies. It was written by Chris Voss, who used to be the FBI’s lead international kidnapping negotiator and has dedicated his life to studying negotiation. The book however not only touches on negotiation at the FBI but also discusses business settings.

While a few suggestions in the books are fairly common knowledge nowadays (e.g. mirroring the other person), there were also some rather unintuitive ideas. For example, getting “no” as an answer can actually be a good thing because it’s the start of a negotiation and gives you an opportunity to figure out what the other person wants. When getting a direct “yes”, there’s a chance that the other person does not really mean it but just wants to shut down the discussion.

On the negative side I have to say that some parts of the book are fairly repetitive. Overall I was happy that I read the book though. 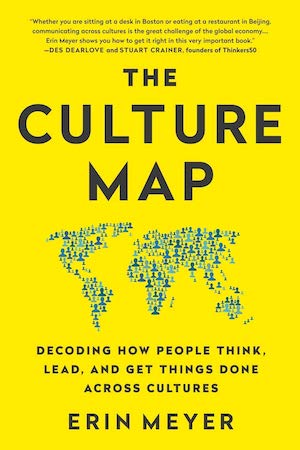 I had heard about this book plenty of times at work and finally got around to reading it: Culture Map explains cultural differences between various countries. It does this on several dimensions, e.g. by describing how different cultures deal with directness or hierarchy.

The methodology behind the book did not seem statistically sound to me but it was fascinating to read nonetheless. The categories that the book uses were also interesting: For example there’s a difference between how direct a culture is and how explicit people are when giving context. Even when it comes to hierarchy in societies, differences between cultures can be a lot more multidimensional and subtle than you would think.

All in all I would really recommend the book to anyone that regularly interacts with people from different cultures, regardless of whether that’s at work or somewhere else. The book really made me understand a lot of interactions I had in the past.

Reading the book also makes it easier to develop empathy: Growing up in a particular culture means that there are things we find to be rude that others might consider normal, and vice versa. Our own conventions are not necessarily better or worse. Instead, the most important thing is to be willing to understand how other people feel about something.

Looking back on this post, I finally managed to read some books that were on my list for a long time. It was also the first time I read a book on cooking techniques. In 2021, I will probably try to read a similar book on baking techniques.